Horse Sport Ireland today announced the GAIN U18 (Junior) and U21 (Young Rider) European Eventing Squads that will compete at this year’s European Championships which will take place in Maarsbergen, (NED) on the 9th to 14th of July 2019. 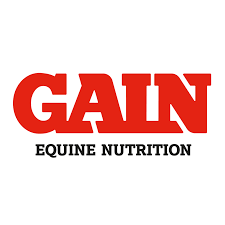 The GAIN U21 (Young Rider) Squad in alphabetical order is as follows:

Speaking about the announcement Sue Shortt, Horse Sport Ireland Young Rider Eventing Team Manager said:
“We are in the fortunate position to have a strong squad of talented horses and riders in the YR Programme this year.
The squad we have selected, I believe, are best positioned for success at the European Championships.
The riders have demonstrated a high level of commitment to the High Performance Programme which has been a significant factor in the development of the squad during the season. I would like to take this opportunity to thank everyone involved in the riders’ support structures, and also to Heike Holstein (dressage) and Gerry Flynn (show jumping) for their expertise.”

The GAIN U18 (Junior) Squad in alphabetical order is as follows:

Speaking about the announcement Horse Sport Ireland Junior Eventing Team Manager Dag Albert said:
“I feel very lucky in my first year as team manager to be taking horses and riders with such good form and ability to the championships. Thank you to the owners, riders and parents for their dedication and to the sponsors for their support.”