Camilla Speirs has announced the retirement of the wonderful Irish Sport Horse Portersize Just A Jiff. He will be joining the Eventing Demo Tour on the 2nd-4th of February, to give his fans a chance to say farewell. Jif will appear at every venue (Maryville Stables, Cork on the 2nd, Spruce Lodge Wicklow on the 3rd and Portmore Equestrian Centre, Armagh on the 4th of February). His appearance on the tour will support the fundraiser for the High-Performance Eventing athletes on their way to the World Equestrian Games in Tryon, held later on this year.

Speaking about the news, Camilla had this to say about her amazing experiences with Jif:
“For 14 years I have had the privilege of working with a true legend. Taking me from Pony Club to Olympic Games, Jif and I have shared such a special partnership. Like in all sports, there have been ups and downs, but our journey has been simply incredible! We have travelled the world together and took on the biggest tracks in the sport. I owe him so much and appreciate all that he has done for me. At 18 years of age, he is still looking and feeling amazing and that is why we have decided to retire him this year as it is certainly what he deserves. We have chosen to announce his official retirement as part of the Eventing Demo Tour so that all his fans will have the opportunity to see my incredible star and cherish his amazing career.”

Standing at only 15.2, the 18-year-old bay IrishSport Horse gelding (Crosskeys Rebel X Mizen Talent) is said to be a “pint-sized” wonder horse, and he has lived up to that title. Speirs and Jif started their International career together in 2006, competing at CCI1* Junior level in Ballindenisk taking home a 6th place followed by a win at the same level at Tattersalls just two months later. In the same year, they competed at their first European Junior Eventing Championships in Necarne, followed by their second European Junior appearance together in Avenches in 2007. In the same year, Speirs and Jif also competed at the WBFSH World Breeding Championships for Young Horses and the European Young Riders Eventing Championships in 2008 & 2009. As they continued to move up through the ranks, completing CCI3* & CCI4* events around the world, they encountered some of the toughest courses including the famous Badminton Horse Trials on 5 occasions, 4 Nations Cup appearances, 2 World Equestrian Games (Kentucky 2010 & Caen 2014) and the London Olympics in 2012. The pair have accomplished 20 Top 10 International finishes and their best International CCI4* result together was in Pau, 2016 where the pair finished in 6th place.

Ronan Murphy, CEO of Horse Sport Ireland commented on the announcement:
“On behalf of Horse Sport Ireland, I would like to thank Bridget and Camilla Speirs for making the Irish Sport Horse Portersize Just a Jiff, available for Team Ireland Equestrian. He was a rising star from day one. From his early days competing for Team Ireland Equestrian at the European Junior Eventing Championships in 2006, he then progressed through the ranks and took Camilla up to competing at senior level at some of the toughest competitions around the world including the World Equestrian Games and at the London Olympics. He has left his mark in the history books of Irish Eventing and we wish him all the best in his happy retirement.”

We wish Jif all the best in his retirement. 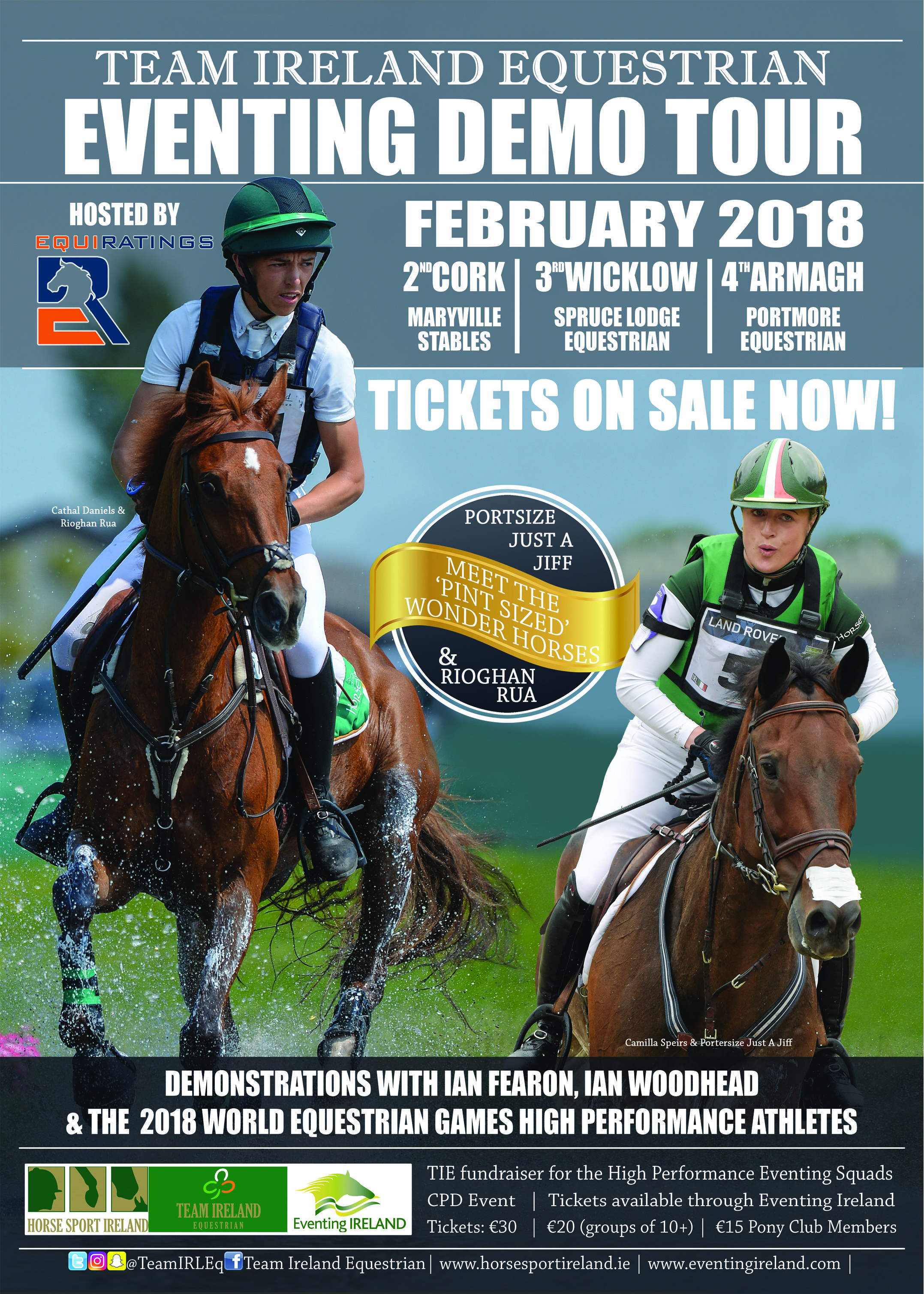